My son had a few athletic events this weekend. You wouldn't know it by looking outside here in Minnesota, but it was tryout weekend for baseball, so he spent an hour and a half hitting, throwing, running, and fielding ground balls and fly balls. That fit real well in between three basketball games his team played at the MYAS 3rd grade state recreational tournament. The team competed really well, showing good skill, teamwork, and effort as they won their first two games Saturday and narrowly lost to a good Prior Lake team in the championship game Sunday afternoon. So Proud of the boys. Congrats OMGBA 3rd graders! 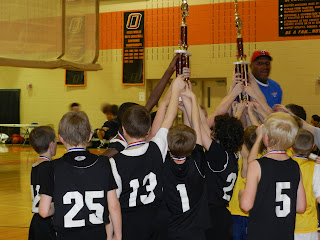 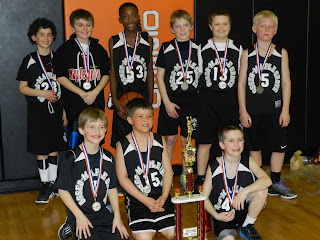 The boys were slightly down about a 2nd place, but that's still a pretty big trophy.