The Corcoran Cubs had another game last night. A Wednesday night game was our first (usually we play on Mondays and Tuesdays), but we figured things out pretty quickly. After falling behind 5-3, the Cubbies staged a rally and won 11-6 before the rain came. We did get all six innings in and played some fabulous defense (except for the inning that our opponents scored 5 runs - that particular inning was a snowball fight ... but I digress ...). Since the rain was imminent, the camera stayed in the car; however, you'll find some nice 'after' pics below. Your favorite #15 went 2 for 3 with two clean singles and a hard-hit fielder's choice. He scored twice and drove in a run. He also played a nice first based, caught a splendid last inning, and faired well at short and in right-center. We're having fun and getting better. One more week left in the regular season. Go Cubs Go!﻿ 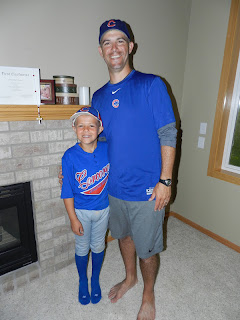 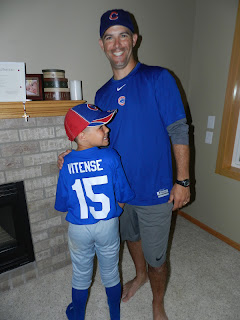 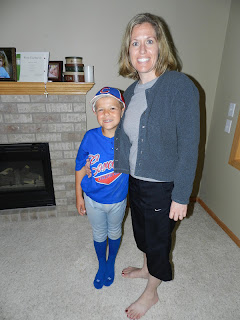